Farewell UK, I must love you and leave you 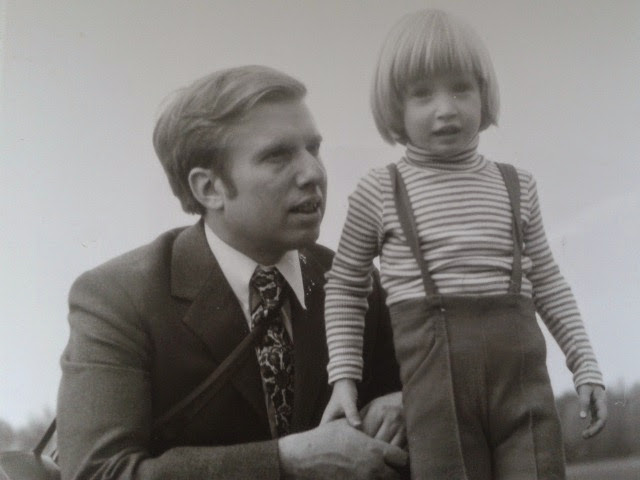 My father was a true European

My history with the UK is as old as its membership in the European institutions. In 1976 my father took part in a European Community science exchange with the national Physical Laboratory in Teddington. My parents and their three young boys moved to the UK. We found friends for life quickly. Only on very few occasions were we not made to feel welcome as Germans in the UK. We became bilingual and all three sons later lived and worked outside of our home country Germany, as proud Europeans.

This early stay shaped our view of life and our aspiration to live lives between countries and cultures. When I decided to move to London in 2002 my parents were elated. In many ways I was living their dream. I moved to the UK because I was an EU citizen. I used my freedom of movement to live and work in what I thought was the coolest country on earth.

For most of my stay in the UK I had the best time of my life. I built a career the rigid German universities would have not allowed without a doctorate and years of precarious employment. Here, I found love, and more colleagues and friends than I could have imagined. I did not mind that I was not a British citizen. Just happy to contribute to British society without seeking e.g. the right to vote. I didn’t need to, since the European Court of Justice protected my rights. And I never felt othered by the citizens of cool Britannia.

All that changed with the referendum on the UK’s membership in the European Union. Without going into the questionable practices of the leave campaign, the outcome was devastating for EU citizens in the UK. From the thinnest of majorities in a non-binding referendum emerged the most radical and xenophobic Brexit policy. Many who could afford it, and were able to jump through the growing number of hoops, chose dual citizenship. So did I in 2017. Not out of love for this country that had decided not to love my kind back anymore. But purely to be able to hold on to the rights under we came to the UK. These rights were being taken away against all promises made before 2016. I am glad that my father did not live to see this, as it would have broken his heart.

In December 2019, Boris Johnson won an 80 seat majority. He claimed that EU citizens had treated this country like their own for too long. Brexit finally had a democratic mandate. It also was steering towards becoming a society which did not align with the values that I had learnt. Values of inclusion and friendship between equals I had learnt as an EU citizen.

With every month in lock-down this year the inevitable decision became easier to make. I had campaigned to stop Brexit before and after the referendum. And I had witnessed the ugly xenophobia which found its way into the mainstream. It was time to accept that the UK I had loved since I was a boy had changed to one that I could not love the same way anymore. So my significant other, our very European cat, and I embarked on a new adventure – by moving to Ireland.

When I wrote recently that I was not leaving my beloved place of employment in anger, it was the truth. I cannot say the same for leaving the UK. I spent the formative years of my career in the UK. And I still love the majority of people and culture still aligned with the values I learnt. But I have spent enough effort to help avert the terrible consequences Brexit has brought already and will bring in the future.

I will concentrate my work helping to establish our new normal after the pandemic. As more sustainable and understanding societies on both sides of the border. Continuing to volunteer as an enterprise adviser at a British school, I intend to work across borders. But my sanctuary will be firmly on safe EU soil. I am not the first to do this, and I will not be the last. We still love you, but we have given everything we had to give. From now on it is up to you.

This site uses Akismet to reduce spam. Learn how your comment data is processed.

We use cookies on our website to give you the most relevant experience by remembering your preferences and repeat visits. By clicking “Accept All”, you consent to the use of ALL the cookies. However, you may visit "Cookie Settings" to provide a controlled consent.
Cookie SettingsAccept All
Manage consent

This website uses cookies to improve your experience while you navigate through the website. Out of these cookies, the cookies that are categorized as necessary are stored on your browser as they are essential for the working of basic functionalities of the website. We also use third-party cookies that help us analyze and understand how you use this website. These cookies will be stored in your browser only with your consent. You also have the option to opt-out of these cookies. But opting out of some of these cookies may have an effect on your browsing experience.
Necessary Always Enabled
Necessary cookies are absolutely essential for the website to function properly. This category only includes cookies that ensures basic functionalities and security features of the website. These cookies do not store any personal information.
Non-necessary
Any cookies that may not be particularly necessary for the website to function and is used specifically to collect user personal data via analytics, ads, other embedded contents are termed as non-necessary cookies. It is mandatory to procure user consent prior to running these cookies on your website.
SAVE & ACCEPT